Green tea appears to boost memory by enhancing functional brain connectivity. A new imaging study suggests that drinking a green tea extract enhances memory performance, a finding that researchers suggest may have important clinical implications for the treatment of neuropsychiatric disorders, including cognitive impairment.
This is "the first evidence for the putative beneficial effect of green tea on cognitive functioning, in particular, on working memory processing at the neural system level by suggesting changes in short-term plasticity of parieto-frontal brain connections," the investigators write.

Boosts Brain Plasticity
Several studies have suggested that green tea enhances cognitive functioning. However, until now, the neural mechanisms underlying these putative benefits have been unclear.
To determine whether green tea extract modulates effective brain connectivity during a working memory task and whether connectivity parameters are related to task performance, the investigators recruited 12 healthy male volunteers who consumed either a milk whey–based soft drink containing 27.5 grams of green tea extract or a similar drink without green tea.
Participants were given working memory tasks while undergoing functional magnetic resonance imaging (fMRI).
fMRI results showed increased connectivity between the parietal and the frontal cortex of the brain with the green tea extract, and these neuronal findings correlated positively with improvement in task performance.
"Our findings suggest that green tea might increase the short-term synaptic plasticity of the brain," Dr. Borgwardt said in a statement.
"Modeling effective connectivity among frontal and parietal brain regions during working memory processing might help to assess the efficacy of green tea for the treatment of cognitive impairments in neuropsychiatric disorders such as dementia," the researchers conclude.

Posted by The Chandos Clinic at 12:39 No comments:

The Health Benefits of Coconut Oil

CoconutOil.com is the Internet’s oldest resource for published research on the health benefits of coconut oil. Beginning in the year 2000, we have been the main source of information linking to peer-reviewed research on coconut oil as well as publishing coconut oil testimonials showing how coconut oil has changed people’s lives!
Coconut oil is an edible oil that has been consumed in tropical places for thousands of years. Studies done on native diets high in coconut oil consumption show that these populations are generally in good health, and don’t suffer as much from many of the modern diseases of western nations where coconut oil is seldom consumed anymore.

While some people falsely accuse coconut oil of being a “fad,” the fact is that it is a traditional oil that has been consumed for thousands of years in tropical cultures, and the research on the health benefits of coconut oil has existed for a very long time. Lauric acid, for example, has a long history of use in combating pathogens, and this research has been around for more than 50 years. Coconut oil is nature’s richest source of lauric acid. So while we do publish a lot of people’s experiences with coconut oil, the evidence is not strictly anecdotal.  We have a very extensive section on this website dedicated to peer-reviewed studies on the health benefits of coconut oil that are accessed primarily through Pubmed. This section is updated frequently as new research is published.

Coconut oil was once prevalent in western countries like the United States. With a long shelf life and a melting point of 76 degrees, coconut oil was a favorite in the baking industry. But a negative campaign against saturated fats in general, and coconut oil in particular, led to most food manufacturers abandoning coconut oil in recent years in favor of hydrogenated polyunsaturated oils that come from the main government-subsidized cash crops in the US, particularly corn and soy. These hydrogenated oils contain trans fatty acids. The polyunsaturated oils were not a big part of the diet of previous generations, so how has the health of Americans changed now that polyunsaturated oils are for the most part all one finds on supermarket shelves across the US? We encourage you to take an honest look at the research presented on this website, and consider the “other side” of the story, whether it be coconut oil, saturated fats, cholesterol, or the new vegetable oils!

You can find all the latest coconut oil news published throughout the Internet at Health Impact News, in the Coconut Health section. Brian Shilhavy is the editor of Health Impact News, and he tracks the news throughout the Internet each day to cover the top stories related to the health benefits of coconut oil, as well as other alternative health news. Published studies that appear in peer-reviewed journals will be logged here, on CoconutOil.com, on our peer-reviewed coconut oil research page. We have also added a coconut oil news section here on CoconutOil.com that can be tracked via an RSS reader to stay up to date on all the latest news regarding coconut oil.

What is the Best Type of Coconut Oil?

There are many different types of coconut oil currently in the market, using a variety of different terminology by the vendors to describe their product. We sort it all out for you here: What Type of Coconut Oil is Best? How to Choose a Coconut Oil.

FreeCoconutRecipes.com has the largest collection of coconut recipes found anywhere on the Internet. There are recipe sections for Coconut Oil recipes, Gluten Free Coconut Flour recipes, Coconut Cream Concentrate recipes, and many others. There are hundreds of coconut recipes, all kitchen tested and submitted by coconut users who love coconut. There are many cooking and baking video demonstrations as well, helping you to learn how to use coconut oil in your everyday cooking and baking. Here is one video overview showing many of the ways one can use coconut oil in a healthy diet:
Posted by The Chandos Clinic at 11:27 No comments:

Changes at the Clinic

Our receptionist and Complemntary Therapst Bronwyn is leaving us to go on materinty leave. In her place we have two new faces at the clinic. Deb will be working on reception, many of you will have met her over the last few months as she helped out whilst Pat was away. Nikki is a Massage Therapist who will be taking over Bronwyn's patients. If you would like to book an appointemnt to see Nikki she works at the clinic Wednesdays and Saturdays. 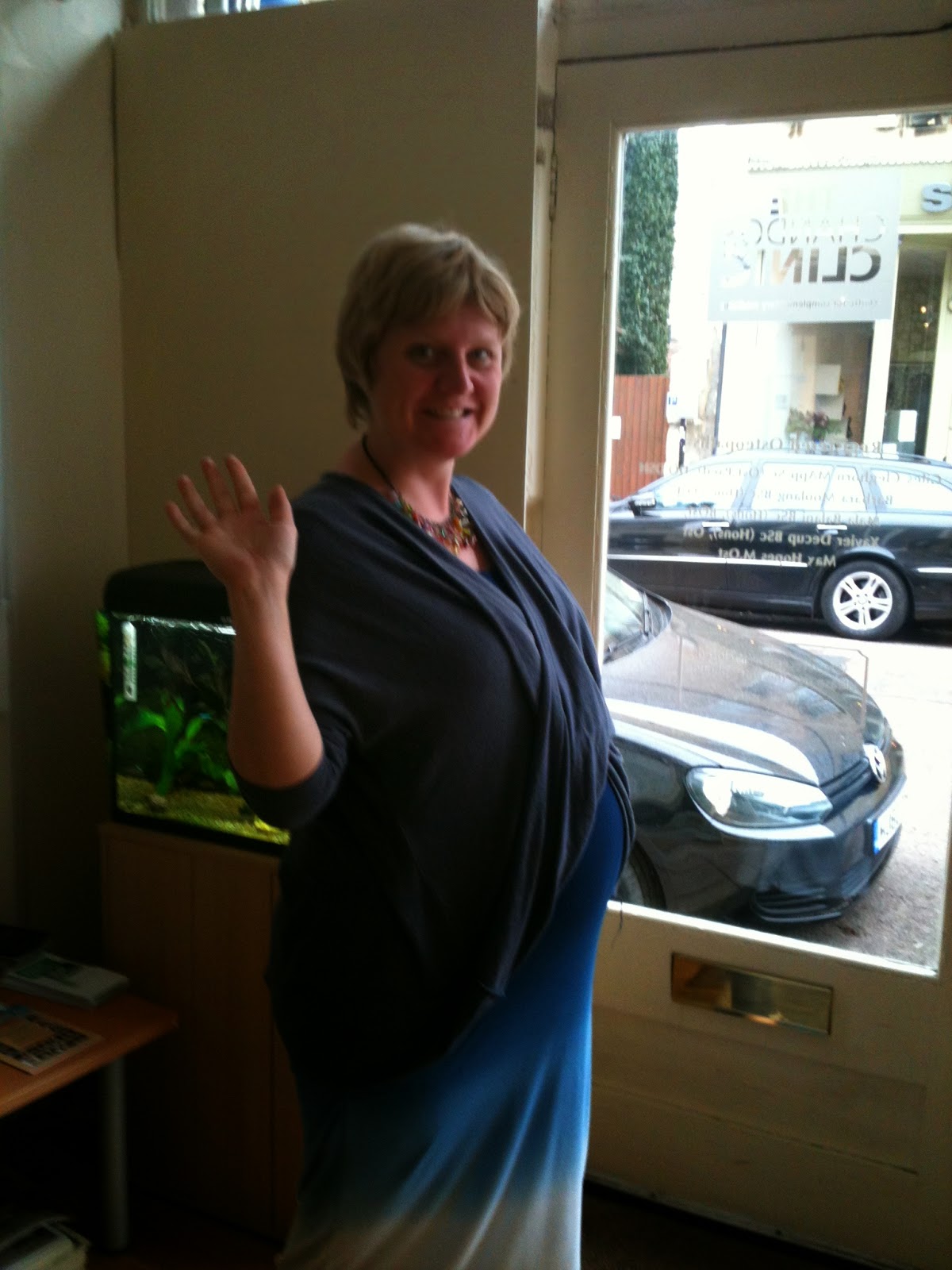 A warm "hello" from Deb to all the Chandos patients I have yet to meet, and to those I have already come to know from working on reception since early November. I came to be behind the clinic desk through a rather unusual back door! For over 12 years, I have been a close friend and artists model to Anna Gillespie, Giles' wife, who is a sculptress. We met in the life room at the Queens Rd School of Art and Design where I model for art students. This is what I have done for 18+ years, and what I continue to do when I am not behind the Chandos Clinic desk! As well as the art school, I model at the Bristol Drawing School, which resides in the RWA, (brochures by the fish-tank!) and many other art establishments and schools in Bristol & Bath. Unlike most models, I am not an artist myself, but I am an avid collector! So my receptionists hat is all very new, and I would like to send a huge thank-you to all of you who watched me learn the ropes so patiently under Brony's inspirational care. As Brony now goes on maternity leave, I will be on reception for 2.5 days a week, sharing the desk with the lovely Pat. I look forward to welcoming you to the clinic! 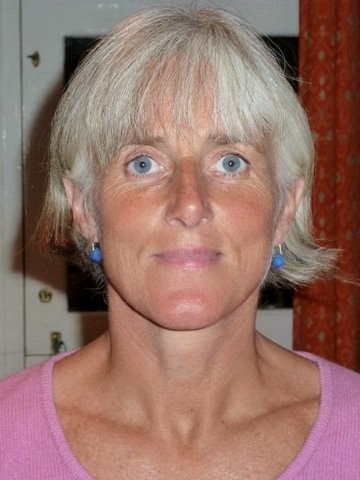 Posted by The Chandos Clinic at 15:03 No comments: