To vaccinate or not to vaccinate? That is the question

MMR Vaccination has raised its head again this year with the out brake of measles in Swansea.  The quagmire of facts verses fiction is very difficult to navigate.

Most people seem to hang their attention on Dr Andrew Wakefield as the cause of the low up take of MMR. As I was active in clinical work in London in the 1990’s I would like to remind people that Dr Wakefield was published in Lancet in 1998. The suspicion and fear around the MMR vaccination started in 1989-91 when parents began to report that their children have been allegedly damaged by the MMR vaccination. Up take of the MMR declined form 1990 onwards.

Dr Wakefield’s research was very limited. He was struck off not for the research content but because he gathered his data unethically. He also made claims that his research showed conclusively that MMR was a causative agent in autistic children.  The medical community states categorically that there is no scientific evidence for MMR to be considered a causation in autistic children. 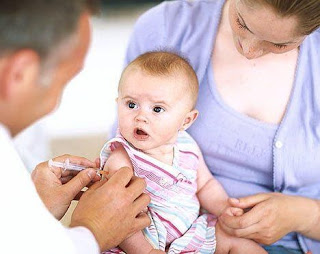 Personally in the last 15 years I have heard no claims from parents that their children have become autistic as a result of MMR. I wonder if the vaccines that were withdrawn might coincide with the rate of decrease of autism being diagnosed in the UK? Two MMR vaccinations were withdrawn from the market in the UK in 1992 due to concerns about their safety.  The Japanese government also withdrew all MMR in the wake of the public alarm in 1993 five years before the Lancet report that caused Andrew Wakefield to be struck of the medical register. According to Wikipedia, the Japanese withdrew the vaccine due to it causing cases of aseptic meningitis, not a connection to the increase of diagnosis of autism in the childhood population in Japan.  Japan did see a rise in autistic diagnosis from 1990 peaking in 1995. If you consider your peak inoculations are in 1990, then your peak diagnosis of any consequential autism will be diagnosed three to five years after the peak inoculations. Just a coincidence?

We cannot be sure and possibly never know if there has been a cover up or indeed that it may have been public misinterpretation of the facts. I am lead to conclude that MMR is said to be safe but to reduce risk and maximise protection one might consider single vaccinations of measles and rubella (mercury free). These are now available in the UK as a way if managing the minefield of mixed opinions.
Posted by The Chandos Clinic at 12:56