Results of a new study may come as no surprise to headache sufferers: More stress means more headaches.

"The results add weight to the concept that stress can be a factor contributing to the onset of headache disorders, that it accelerates the progression to chronic headache, exacerbates headache episodes, and that the headache experience itself can serve as a stressor," Sara H. Schramm, MD, from University Hospital of University Duisburg-Essen in Germany, said in a statement.

"Our results underline the need for stress management strategies in people with headache, independent of the headache subtype," she added in comments to Medscape Medical News.

"Research suggests that mind/body treatments, including meditation, yoga or tai chi, and behavioral treatments such as stress management, coping skills, biofeedback and relaxation training may decrease headache frequency by 35% to 50%," Dr. Schramm noted. 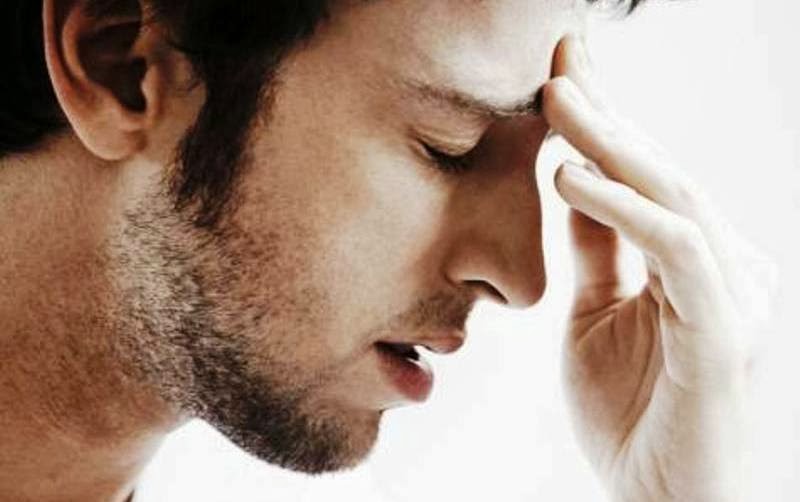 The study team investigated the association between stress intensity and headache frequency in 5159 adults aged 21 to 71 years in the prospective, population-based German Headache Consortium Study.

Participants were screened quarterly from 2010 to 2012 about their stress levels and headaches using validated questionnaires. The researchers estimated the effects of stress intensity on headache frequency (days/month) for different headache subtypes, using a visual analogue scale from 0 to 100.

Tension-type headache (TTH) was reported by 31% of participants, migraine by 14%, and migraine combined with TTH by 11%. For 17%, the headache type was unclassifiable.

This indicates that Complementary Therapies, know for reducing stress levels, could be beneficial for all types of chronic headache sufferes. Cranial Osteopathy, Massage and Aromatherapy, all available at the clinic, could all be worth considering if you are suffering.

Posted by The Chandos Clinic at 10:13 No comments:

Warm it up with Winter Spice

It's miserable out there and with the weather comes colds, stuffy noses, lethargy and general grumpiness. So what can be done? Including more chillies into your diet can have benefits for all of these common winter problems. They improve circulation, ease sinus congestion, help you sleep better and encourage the release of your body's natural feel-good chemicals. Try this simple, healthy mid week meal to give you a boost, also makes brilliant lunchbox meals with some brown rice or in wrap breads and freezes well so give it a go! 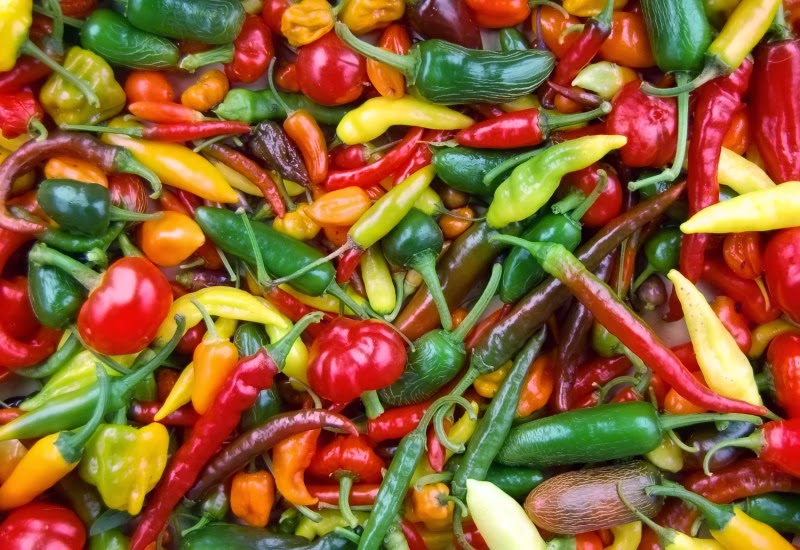 Serves 2-4 (depending on greediness!)

In a large, heavy-based pot put the beans, carrots, onions, garlic, chillies, water and cumin seeds. Bring to the boil and then simmer with a lid half on for 20-30 minutes, add extra water if needed.
Add remaining ingredients and simmer for a further 10 minutes. The mixture should be fairly reduced and thick, add more water if sticking to the pot. Taste. If it's spicy enough, remove the chipottle chilli, if you like it hot, leave it in.  Blizz everything with a wand or food processor to a thick chunky consistency. Taste and season.

*Found in the dried herbs section in most supermarkets. They have a wonderful smokey flavour and well worth getting. Great in soups, casseroles and all things tomato-ey!

Posted by The Chandos Clinic at 10:21 No comments:

A recent study on the possible effects of pure Lanender oil on patients in hospital has shown that this oil may well be an effective way to improve sleep in an intermediate care environment.

Sleep deprivation in hospitalised patients is common and can have serious detrimental effects on recovery from illness. Lavender aromatherapy has improved sleep in a variety of clinical settings, but until now the effect has not been tested in the intermediate care unit.

The objective of the study was to determine the effect of inhalation of 100% lavender oil on patients' vital signs and perceived quality of sleep in an intermediate care unit.

A randomised controlled pilot study was conducted in 50 patients. Control patients received usual care. The treatment group had 3 mL of 100% pure lavender oil in a glass jar in place at the bedside from 10 PM until 6 AM. Vital signs were recorded at intervals throughout the night. At 6 AM all patients completed the Richard Campbell Sleep Questionnaire to assess quality of sleep. 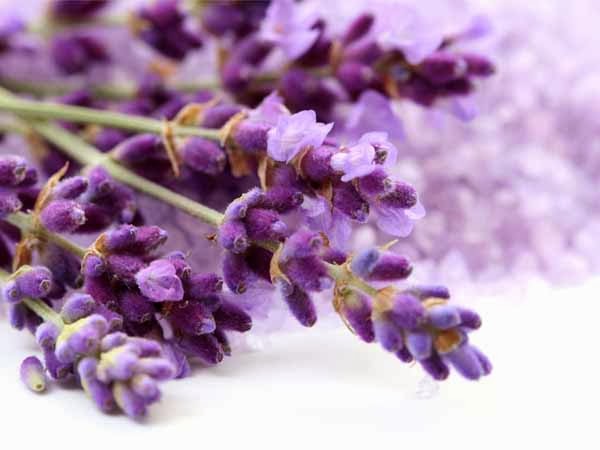 If this is the benefit for pateints in a hospital environment, imagine how helpful it may be for your own sleep issues or for family members. A few drops of neat lavender oil on a tissue and tucked into your pillowcase could provide a similar effect. It is safe to use with small children and babies but best to avoid direct contact with the skin.

Posted by The Chandos Clinic at 09:44 No comments:

Children who were overweight when entering kindergarten in 1998 in the United States were 4 times as likely as their normal-weight classmates to become obese by age 14 years, according to an article published in the January 30 issue of theNew England Journal of Medicine.
Almost half (45.3%) of obesity cases that developed between kindergarten and eighth grade occurred among the 14.9% of children who were overweight when entering kindergarten in 1998. "The annual incidence of obesity during kindergarten among these children was 19.7%, as compared with 2.4% among children who entered kindergarten with normal weight," write Solveig A. Cunningham, PhD, from the Hubert Department of Global Health, Emory University, Atlanta, Georgia, and colleagues. 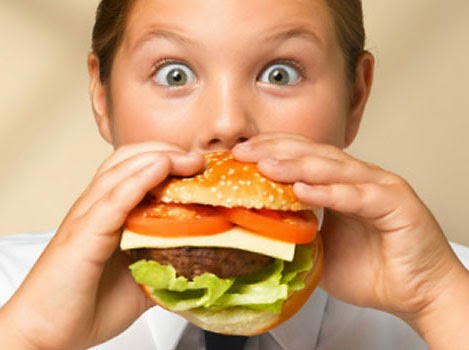 The authors analyzed data from the Early Childhood Longitudinal Study, Kindergarten Class of 1998-1999, a nationally representative database with information on 7738 children who entered kindergarten in 1998 and were followed-up through 2007.
The researchers estimated the annual incidence of obesity during the 9 years according to sex, socioeconomic status, race/ethnicity, birth weight, and kindergarten weight. They used Centers for Disease Control and Prevention thresholds to define obesity and overweight by body mass index quintile.
When the children entered kindergarten at a mean age of 5.6 years, 12.4% were obese and 14.9% were overweight. By eighth grade, at a mean age of 14.1 years, 20.8% were obese and 17.0% were overweight. Most of the occurrence of obesity, however, occurred in early grades, and the annual incidence of obesity declined from 5.4% during kindergarten to 1.7% between fifth and eight grades.
The researchers defined incidence as the occurrence of new cases of obesity in children not previously obese, as compared with prevalence, the proportion of all children in each age group who were obese. Understanding incidence "helps us identify the ages of vulnerability and to identify the groups at greater risk. It's a bit of [a] different perspective on how obesity affects us and on where we might want to focus," Dr. Cunningham told Medscape Medical News.
"Among the kids who would become obese by the time they were middle-schoolers, most of that happened early on in elementary school. That helps us focus on these early years of kindergarten, first, second, and third grade, when a lot of obesity may actually occur."
"Those kids who came to kindergarten already overweight had about 4 times greater risk of becoming obese during the subsequent years," Dr. Cunningham said. "That tells us that some component of the risk of obesity may be set in motion by the age of 5 already. Kids who were born large and overweight at entry to kindergarten were at the highest risk of obesity."
In an accompanying editorial, Steven L. Gortmaker, PhD, from the Harvard School of Public Health, and Elsie M. Taveras, MD, MPH, from Massachusetts General Hospital, both in Boston, write that the new study "adds clear evidence" to previous research that early excess weight is a key risk factor for obesity.
"Given the limited evidence for effective treatment of obesity among children under 6 years of age, the limited resources of most clinical settings, and the limited predictive value of the 95th percentile of [body mass index], severe obesity may be a more useful cutoff for referral to more intensive, multidisciplinary treatment," they write.
"[W]ide-reaching, cost-effective policy and programmatic changes aimed at improving nutrition and physical activity among broad populations of children are key if we are to reduce early childhood weight gain and the risk of incident obesity throughout childhood."
Source: Medscape
This research was supported by a grant from the Eunice Kennedy Shriver National Institute of Child Health and Human Development. The authors and editorialists have disclosed no relevant financial relationships.
Posted by The Chandos Clinic at 14:27 No comments: