This article is from the Medscape website, by Genevra Pittman
NEW YORK (Reuters Health) Apr 24 - Women who eat diets high in fruit, certain vegetables, pasta and red wine are less likely to have hot flashes and night sweats during menopause, a new study from Australia suggests.
Researchers who followed nearly 6,000 women over nine years found that those who ate a lot of strawberries, pineapple and melon and most closely followed a Mediterranean-style diet were about 20% less likely to report those common symptoms.
At the same time, menopausal women who ate high-sugar, high-fat diets were 23% more likely to experience hot flashes and night sweats during the study.
The study can't prove certain foods prevent or trigger hot flashes, researchers said. And it's one of the first to tie general dietary patterns - not just certain supplements - to menopause-related symptoms.
"The study is well done, but I wouldn't get so excited about it, especially because we don't know why," said Dr. Teresa Fung, a nutrition researcher at Simmons College in Boston. "We don't know the biologic mechanisms behind it."
Researchers surveyed 6,040 women, age 50 to 55, about what foods they ate and how often as well as if they smoked, drank or exercised. All of those women went through natural menopause.
At the start of the study, 58% of participants reported having hot flashes, night sweats or both. At that point and over the next nine years, women who ate fruit and the components of a Mediterranean diet - in this case garlic, salad greens, pasta and red wine - reported fewer hot flashes, after accounting for their other lifestyle habits.
However, vegetables in general, as well as meat and dairy, were not associated with either a higher or lower chance of having menopausal symptoms, said Gerrie-Cor Herber-Gast and Gita Mishra from the University of Queensland in the American Journal of Clinical Nutrition, in a paper online April 3rd.
It's possible that low-fat, high-fiber diets may help stabilize estrogen levels and ease hot flashes and night sweats, Herber-Gast and Mishra speculated. Or, eating a Mediterranean-style diet may keep blood sugar within the optimum range, which could also lower a woman's chance of bothersome symptoms, they said.
"We don't really have enough studies to make a blanket recommendation yet," Dr. Fung, who wasn't involved in the new research, told Reuters Health.
However, she added, "We don't necessarily need to know why (this may work) before we do it, especially for something that's healthy to begin with."
Dr. Fung said because of all the changes - both physical and psychological - that happen during menopause, it may already be a natural time for women to think about improving their diet and general health.
SOURCE: http://bit.ly/13vv2E5
Am J Clin Nutrition 2013.
Posted by The Chandos Clinic at 10:23 No comments:

Beat hay fever with a cuppa


Spring is in the air, literally, and if you suffer from hay fever then it's worth giving this a go. You'll need to brave the outdoors and collect some of the young nettle tips which are everywhere at the moment. Take some gloves to avoid getting stung.

This is a simple brew which contains strong antihistamine and anti-inflammatory properties to ease hay fever symptoms. Drink three mugs a day when you’re suffering.

In your loveliest teapot put:

2-3 tablespoons of young nettle leaves, freshly picked (the boiling water will remove the sting whilst brewing)
Nettles contain antihistamines and have anti-inflammatory properties

1-2 teaspoons of Local Honey
By ingesting local pollen via local honey, your immune system will better cope with the allergens in your area

Cover with boiling water and steep for 5 mins. Strain through a tea strainer before drinking.  This should make around 3 cups. 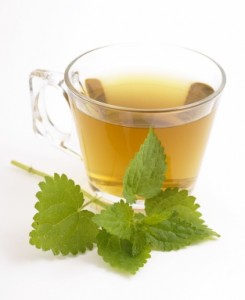 Posted by The Chandos Clinic at 11:33 No comments:


A return to the MMR debate has begun after the recent outbreak of Measles in South Wales. The Independent on Saturday ran an article about the discredited Doctor Andrew Wakefield who was the instigator of the MMR jab scare back in 1998.

‘He accused officials of having approved “dangerous” brands of MMR vaccine a decade earlier in 1988, when the vaccine was first launched in the UK, which later had to be withdrawn because they “caused meningitis”.
“These government officials put price before children’s health and have been seeking to cover up this shameful fact ever since.”
He cites cases in the courts in the US and Italy where families of children suffering Autism have won damages worth hundreds of thousands of dollars after judges accepted the children had suffered “vaccine-induced brain damage”.

The article also points out on a time line of events:

In September 1992 - The Department of Health withdraws two brands of MMR vaccine after research suggests they are associated with a raised incidence of transient mumps meningitis, although much lower than with natural disease.

To make your own mind up about this debate, you can read the article in full, as well as a response to Wakefield’s claims and a full statement here

Posted by The Chandos Clinic at 10:47 No comments:

The Birds and the Bees do it....
so why can’t I?
by Anne Brunton
Spring is officially here, and all around us there are signs of nature’s abundance and burgeoning life....new born lambs, birds pairing up and starting to nest build, queen bees laying eggs. It all seems so easy, but for many couples this is far from their experience.

If you have been trying to conceive for 12 months or more, it is defined as subfertility;  this can occur when you are trying for your first baby or for a second child after having a successful pregnancy the first time round.  Although it is often the woman who initiates further investigation and lifestyle changes, both men and women can be equally affected by infertility.

In about a third of investigated cases, the problem is with the woman.  Common factors include age, hormonal disorders, structural problems, weight problems or pelvic infection.  In another third, the problem is with the man; structural problems, hormonal imbalances or infections are again common factors.  In the remaining third, there is no specific cause or obvious reason.

It is often at this stage that couples look at other lifestyle factors, which might be affecting their fertility, such as:

Stress & Anxiety – at work or at home
Stimulant Intake – alcohol, caffeine, nicotine
Postural Issues – pelvic or spinal misalignment
Weight & BMI – too overweight or underweight
Exercise – too much or not enough exercise
Nutrition – balanced diet or too many processed foods

Stress plays a huge part in fertility problems.  As well as the normal stresses of work and life, the very act of trying to conceive can in itself become stressful.  Sexual intercourse can become functional and all-consuming, leading to one or both partners being in a permanent state of stress.  At this stage, our body’s energy is spent on survival, maintenance and essential repairs – non-essential things, such as reproduction, take a back seat until the body is back to a balanced state.   In addition, if the body is under too much stress, the pituitary gland (a key control centre) is affected, the adrenals become depleted, which in turn leads to low thyroid function.  Ovulation and sperm production depend on a complex balance and interactions of hormones; any disruption to this careful balancing act can hinder chances of conceiving.

As stress (for both partners) is a major problem for successful conception, Complementary Therapies such as reflexology, reiki, bowen therapy, homeopathy and aromatherapy are very good at restoring balance to the whole body. Importantly, these therapies are really good at reducing stress levels and bringing a sense of well-being and calm to the recipient,
Our reflexologist, Anne, uses a technique called “the endocrine balance”, which helps to balance all the endocrine glands and the hormones they produce.
Our osteopaths can help you resolve structural issues, especially pelvic and spinal misalignment.  Bowen Therapy is another option for you if you have back or pelvic problems.


Posted by The Chandos Clinic at 11:36 No comments:

A Different Version of You

A Different Version of You – by Mala Balani

I always think the new year really begins in spring, as the days get longer and milder. That makes this season an excellent time to start a new project or task. The bigger and more worthwhile the task, the more it requires us to transform ourselves in order to succeed at it. If you want to learn piano, you have to put in the hours of practice, over a number of years. If you want to transform your health and fitness, you have to put in the time shopping, cooking, exercising, again over a period of time, or indefinitely if you then want to maintain your gains. If that sounds daunting, then here's a book that makes all that wonderfully clear, and is hugely inspiring in the process.

Teach Us To Sit Still - A Sceptic's Search For Health And Healing is an account of a couple of years in the life of the writer Tim Parks, after he developed chronic pain. The medical establishment could offer no firm diagnosis and his search for relief leads him, gradually, to become a somewhat different person, leading a somewhat different life. Along the way, he begins to see the inter-relatedness of his mind, his body, and his life as a writer. A really thought-provoking book that illustrates that there is a solution, even if there is no short-cut. And it's beautifully written.

Posted by The Chandos Clinic at 17:29 No comments: